The design configuration of overlays 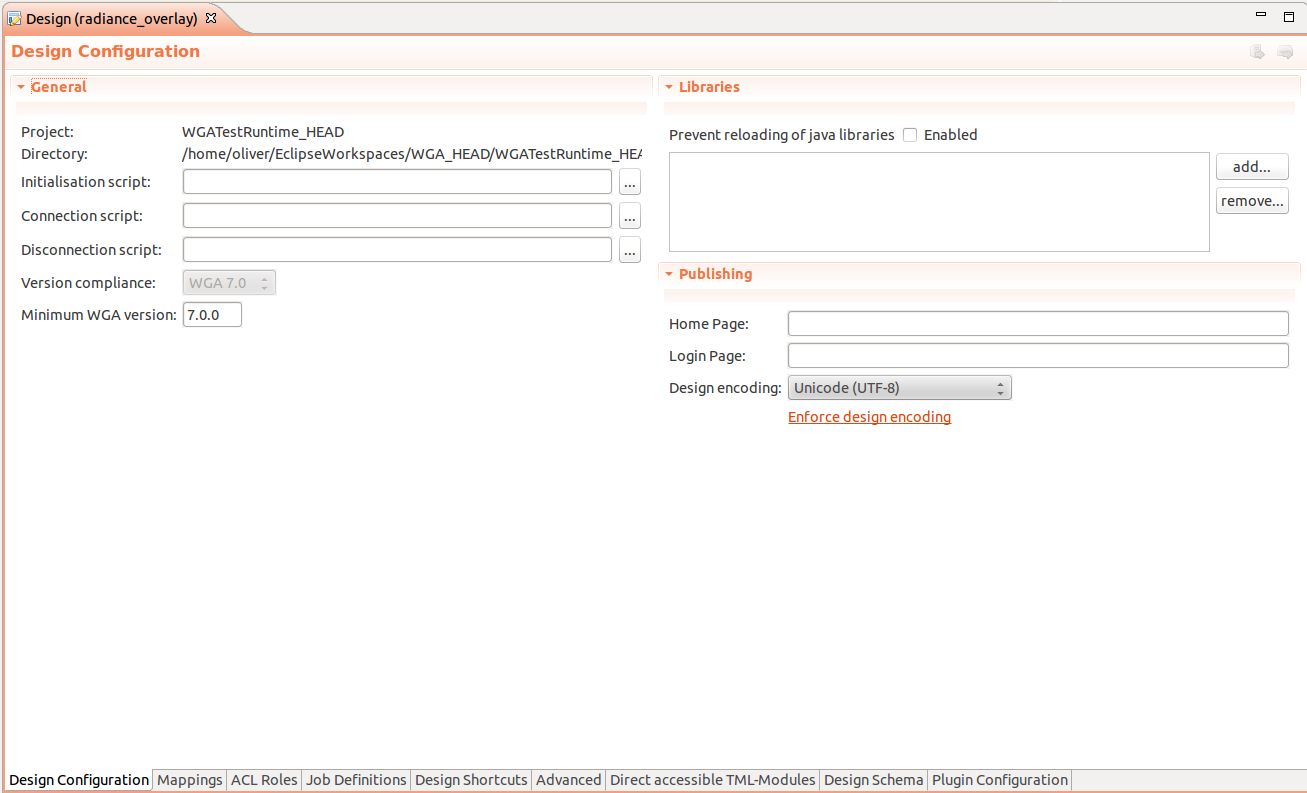 Some details about the remaining settings and how they work:

Connecting/Initialisation functions in the overlay

Special functionalities which should run when connecting applications or initializing empty content stores can also be specified in the overlay. Be aware however of their execution order and implications: